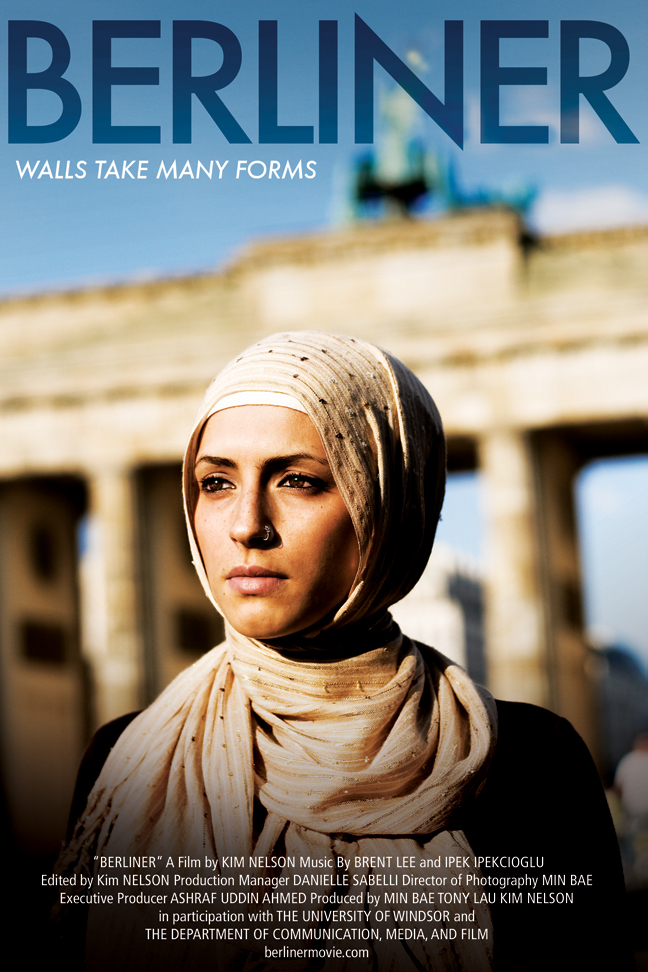 The struggle between multiculturalism and assimilation plays out daily in the districts of Berlin as women’s clothing and the soccer team one cheers for become politicized proclamations of religious identity and cultural belonging. Since the wall fell, many Germans of Turkish descent have felt that Germany wants them to go home. But where is their home if not in Germany?

BERLINER is a meditation on immigration, religion and class. The film explores the world of first, second and third generation women and their real struggles, as Muslims, and as part of the largest minority group in Berlin: navigating wearing (or not wearing) the headscarf, a classist education system and sensationalist media stories about their lives, post-war, post-Wall and post 9/11.

I was listening to my local Detroit station and heard an interview with a woman from Berlin, a well known activist of Turkish descent, who had a captivating story to tell about advocating for Turkish women escaping violent or otherwise unhappy marriages. For this courageous work the she was violently and brutally attacked and almost died.

Four months later I was sitting at a restaurant having lunch with her. She agreed to participate in the doc and we were meeting to discuss details of the film. At the end of the lunch I told her about another person I planned to interview; as I described her the woman’s demeanor changed.

She heard me out then told me I could choose. She would do the film but not if this “Headscarf girl” was in it. Not if there would be a positive portrayl of “Headscarf women”.

In this moment BERLINER was born.

BERLINER is about Muslim women in Berlin today, about barriers to inclusion incurred in the clash between German society and imported Turkish cultural norms. It explores the daily lives of regular Berliners rather than investigating the extremes of violence and abuse on the fringes of society. The horrors on the margins, though real, due to their important and dramatic nature are overrepresented in media dialogue thereby skewing the picture of life for generations of Muslim immigrants, furthering difference, misunderstandings, stereotypes and division. The film instead mines the confusion, indignities, and advantages of being an immigrant (or the daughter, or granddaughter of an immigrant), who simultaneously resists and conforms to Western society, while constructing a personal identity. The film asks questions that we can all relate to about women’s rights and freedoms, religious tolerance, identity, cultural inclusion and what the word “home” really means.