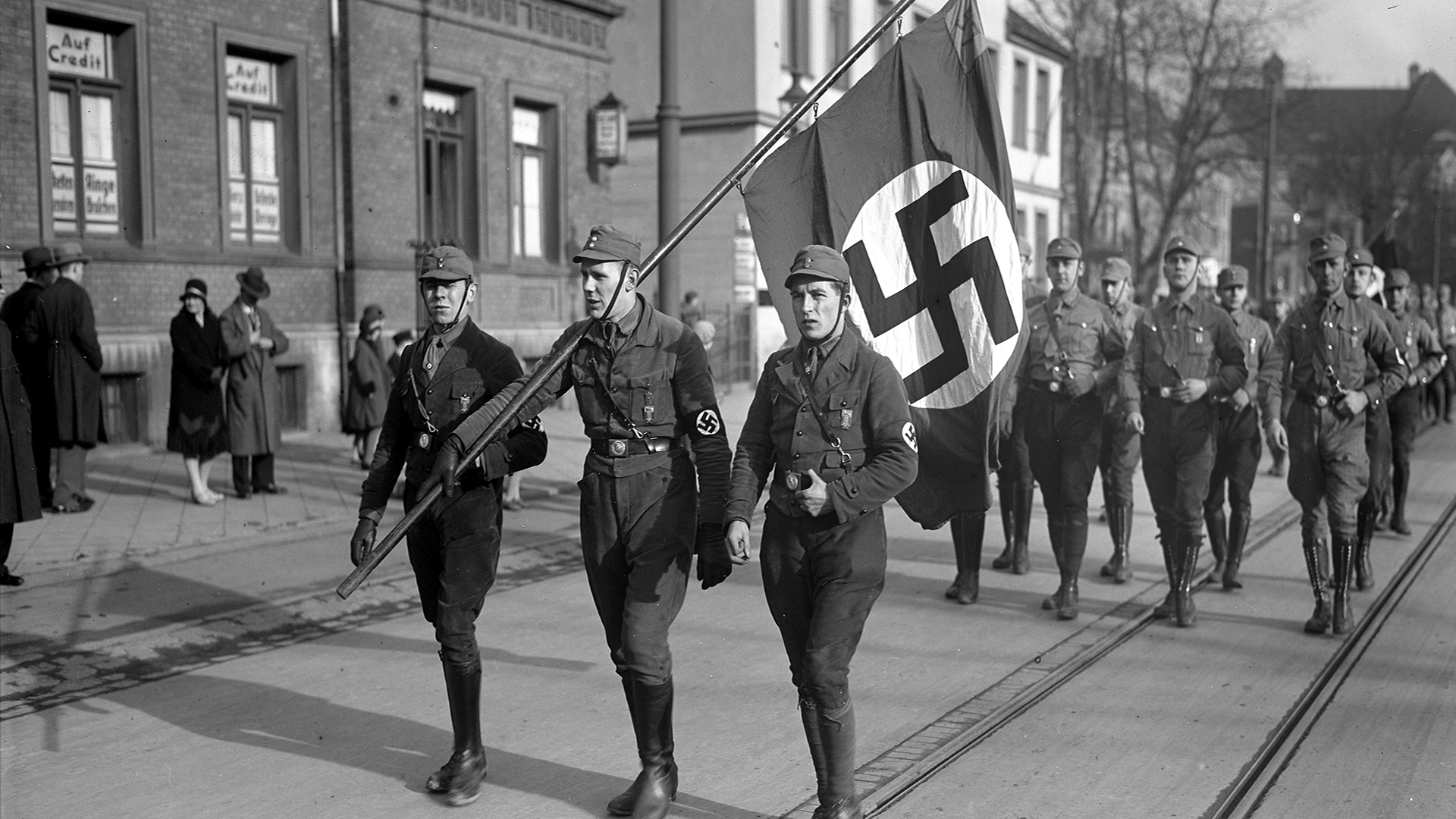 Enthusiastic young Nazis in 1934. What if they controlled the narrative? Image courtesy of Bundearchiv

Again back to high school. I had a wonderful English Lit teacher in grade 12 named Mr. Redford. In class one day he said to us about the Holocaust: “Don’t think, look what the Germans did, think, look what humans did.” When he said this I wasn’t really able to fully process it or accept it. I had watched all the Indiana Jones movies. What happened in WWII seemed like it could only be perpetrated by those jack-booted villains. As an adult with a better understanding of the world, of history, I know 1939-1945 was not an aberration but part of the cycle of what humans are capable of.

A few weeks after the launch of the screen version of The Man in the High Castle, a counterfactual series about “what if the Axis won WWII”, I would like to talk about another film, one that renders counterfactuals irrelevant, a film that many have noted, shows us what would have been, if the Nazis had won: Joshua Oppenheimer’s “The Act of Killing”. A film that introduces us to thugs and perpetrators of the Indonesian genocide of 1965, a genocide backed by the West, in which the murderers have been lauded in the national mythology as freedom fighters and “free men” rather than the mass murderers that they are. The main character in the film, Anwar Congo, is a familiar one to anyone who knows Tony Soprano, but to see this life replicating art, and on this scale, is nothing short of paradigm shifting.

I would love to see the American Historical Review reconvene the historians from 1988 (see my blog from last week) to consider this film. It is a psychological study and a very meta documentary that could not have been made until our post-post-modern time.  It features a film within a film, with a verité approach that acknowledges the director’s presence within the scenes with the participants. It is a singular film that does what history should: teach us about ourselves, plead with us to acknowledge the past, and encourage us to be wise enough to learn from others’ mistakes ("others" being those in the past) rather than from making our own.

Joshua Oppenheimer’s much-lauded “The Act of Killing” is a powerful and prime example of what documentary can do with, and for, history, that written history cannot. It proves the importance of audiovisual history. The fact that his approach cannot be formally replicated, or become a sub-genre of documentary, is part of the film’s brilliance. To spend a decade in the making, to have sanctioned killers make buffoonish art from their violence, is not a structure that could be repeatable without being “An Act of Plagiarism”. Oppenheimer’s film shows us the possibilities for documentary and history to grapple with the most difficult lesson of history: the distance between what it is to be human and to be humane.