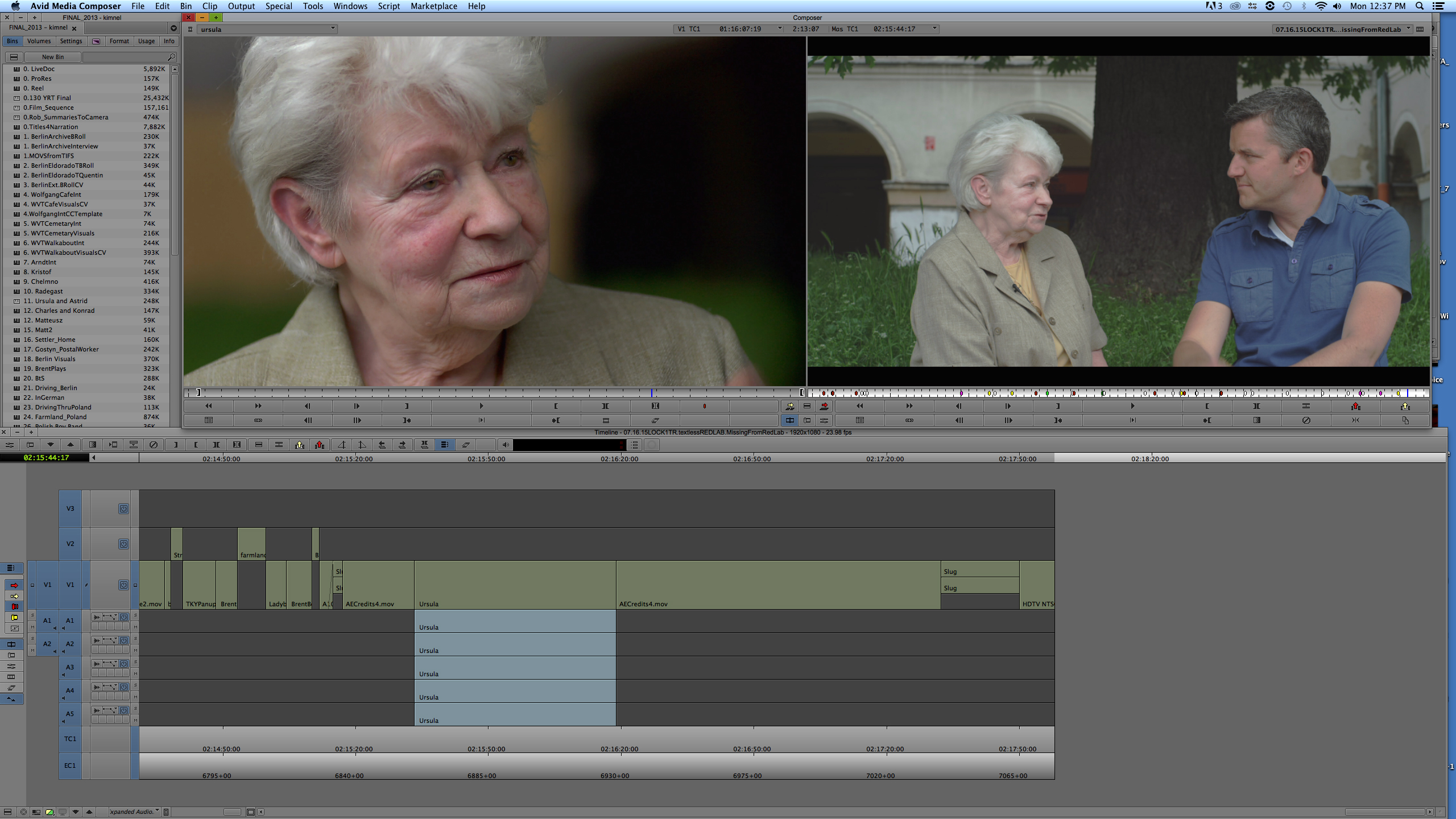 Above an ethnic German who lived in Poland under Nazi occupation. This still is from the “cutting room floor” of my documentary 130 Year Road Trip. It didn’t fit into the narrative of the overarching film and is not in the documentary. Does it stay on my hard drive until that hard drive fails or can that content be made available to audiences that are interested in watching it?

One way to be truthful about the perspective and subjectivity of the filmmaker and historian is to invite audiences into the process of authorship, the selection of evidence, of character and plot, framing and ordering. The burgeoning genre of interactive film is one way to enable spectators access to the piecing together process of history. They can be given choices about what to watch and in what order and thereby have more control over what meaning they take from the information they choose to consume.

What a captivating possibility for anyone who is a child of the 70s or later, a reader of Choose Your Own Adventure books, and players of video games, accustomed to possibilities and choices in narrative. Even more important than the freedom it affords, interactivity can be a way to blur the straight story of the past. Or could it be a way to self-select the past in the same way that we increasingly self-select our political coverage and news? Maybe it allows us into an echo chamber with the past as we cobble meaning from what we want to watch?

Interactive online is exciting to me in the way it could allow the audience member to be placed in an analogous position to the historian at the word processor or the editor at the editing system, where evidence, story and character can be pieced together in a multitude of ways to tell different stories with numerous possible interpretations.

History is not inert, and interactivity in the hands and heads of the audience allows us to frame new relationships with the past in the present. It’s not clear yet how exactly this will happen. Interactive, online or via the App store, is still in its very early stages and one of the most pressing issues for interactive makers is how to engage audiences beyond the Youtube video length sweet spot of 2-3 minutes. There are not many earnest documentary filmmakers eager to capture their audience for only a minute or two and imagine what a historian would think about what they conceive of in 300+ dense pages boiled down to music video size? Talk about a deal breaker. Interactive is still finding its feet as creators decide what to do with it and audiences try to figure out, “am I supposed to click on that?” “Do I move my mouse there?”

With online and apps, film is in a period of testing and transition as filmmakers punch out the borders of the start-to-finish linear story model and find ways to invite audiences into content, creating new relationships and new meaning. I am interested in inviting audiences to sit next to me in the editing chair, but the question is, how?